Shipping of Koutali islanders before persecution 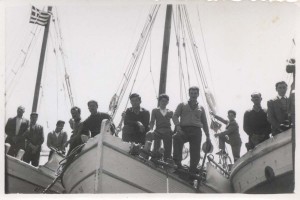 During the golden age of shipping by the islanders of Koutali, ships approached the largest ports of the Black Sea, the Aegean and the Mediterranean Sea. The captains were not only involved in the transport of goods but also in the actual course of trade (“syrmagia”). The island had its own shipyards, where the small boats of the Koutali fleet were constructed and repairs of boats up to 45 tons were made. The vessels were commercial, motor boats and boats for sponge – fishing, mainly santalas, pens, Alamans, schooners and brigs.

The merchant shipping of Koutali suffered severe damage on the eve of the Epiphany in January 1862, when a snowstorm sank the boat that was carrying thirty captains from Koutali who intended to go to Istanbul to find their ships that had been anchored there because of the winter. After this loss, the merchant navy of the island could not develop again and by the end of the 19th century it gradually shrank significantly. But the main cause of the decline of the Koutali Navy should be attributed to the competition that had already broken out between steam and sailing merchant shipping, which captains from Koutali practiced exclusively. After the decline of the merchant fleet, people from Koutali were mainly engaged in sponge – diving and fishing, which had already brought them very big profits.

The islanders from Koutali would fish in the rich fish passages of the Propontis and the island used to be the largest market for fresh fish, as all the fish from the neighboring islands were brought there daily in order to be handled in large quantities to Istanbul and other cities of the Ottoman Empire. There were also small industries for salting fish, which was also intended for Istanbul, Izmir, Mytilene, Ayvalık, Chios and other cities. All the fish were packed in barrels, which were also manufactured in Koutali with beechwood from Nicomedia. The main way of fishing for the Koutali fishermen was the seiner, with which they mainly fished bonito, mackerel, and sardines. Τhey also fished with their vessels in groups, which were consisted of a large boat, the santala, followed by the smaller ones in order. The santalas were long boats that reached the length of 17 meters with length – width ratio 1/6. They had special decorations on the bow and stern and moved with seven pairs of oars by a crew of twenty people.

Sponge – fishing is regarded to be practiced off the Marmara Sea, in the Aegean Sea, and it is said that “there is no sailor from Koutali who would not wear a dive suit and descend to the sea bed”. Although it is not known if people from Koutali were involved in sponge – diving before using scuba and air pumps, at the beginning of the 20th century Koutali was established as one of the few places of sponge – diving in the Ottoman Empire. A special kind of sponge – fishing boat was used, called “botis” or “kountoulo” or “Goutsos”. This is a boat travelling under sail or oars. It was 8 meters long with the diving machinery in the small hold in the middle of the vessel. While diving the “botis”with its four oars followed the diver and supplied him with air manually from the diving machine. When the divers emerged, they brought the sponges on the deck of the boat and cleaned them. Then they spread them out in the sun to dry and stored them in sacks until they were sold. The number of sponge – diving ships before 1922 was over thirty, with a capacity of four tons each and a crew of eight men. Each of these vessels collected about five hundred kilos of sponges each fishing year, while the total annual revenue amounted up to 25.000 golden Turkish liras. This fact indicates how profitable the profession was and how prosperous Koutali used to be at that time. 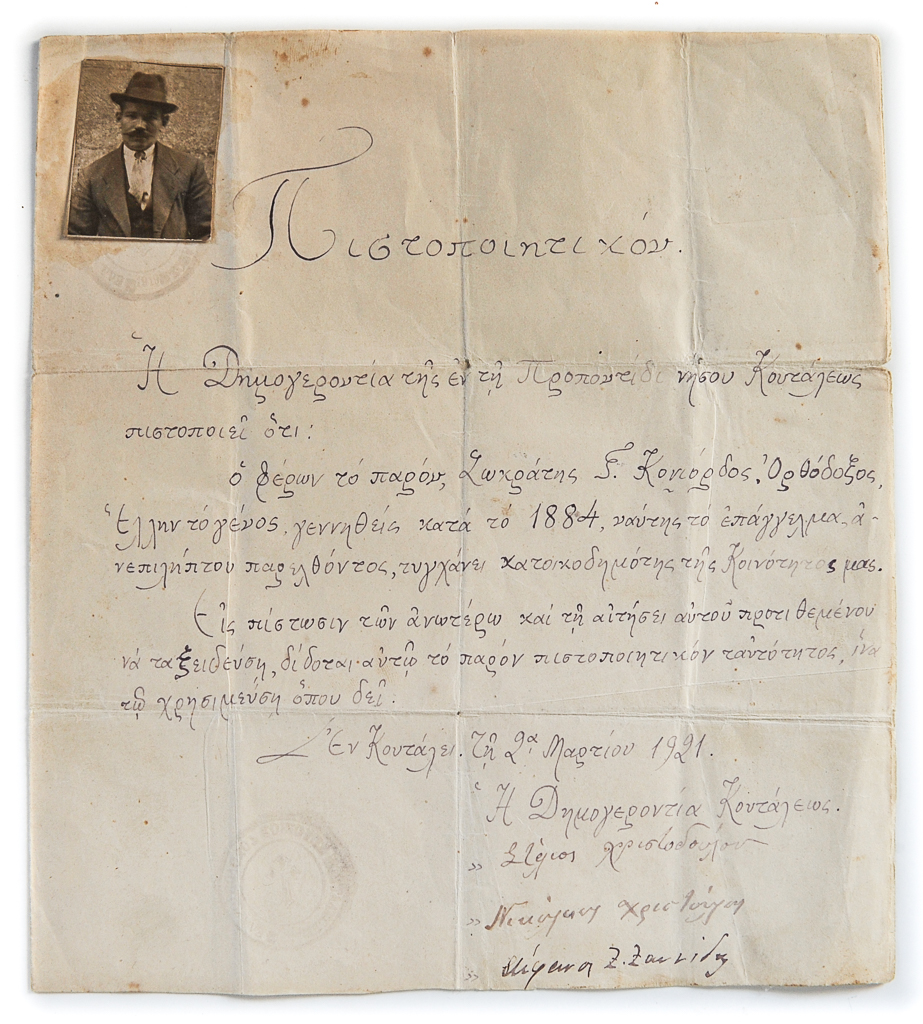